4 People Not Profit is back on Saturday April 11th for yet another fantastic party night and fundraiser for the newly formed Teesside Socialist Clothing Bank (TSCB).

As part of the response to poverty creating policies, TSCB aims to challenge the political roots of the social crisis. TSCB provides monthly access to clothing, shoes and toiletries for anyone in need, no referral or evidence of need required. Based at The Newport Hub on the 2nd Saturday of every month from 1-3pm, clean and good quality clothes, advice and guidance, hot food and drinks, and various activities and entertainment in a safe family and community setting. 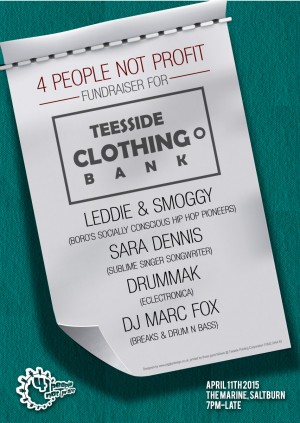 Donations of clothes so far have been extremely generous and at present no more can be taken. TSCB do however need cash for running costs such as rent for the building, new underwear, food & drink and storage solutions – this is where you lovely generous people come in and join 4 People Not Profit to Party. 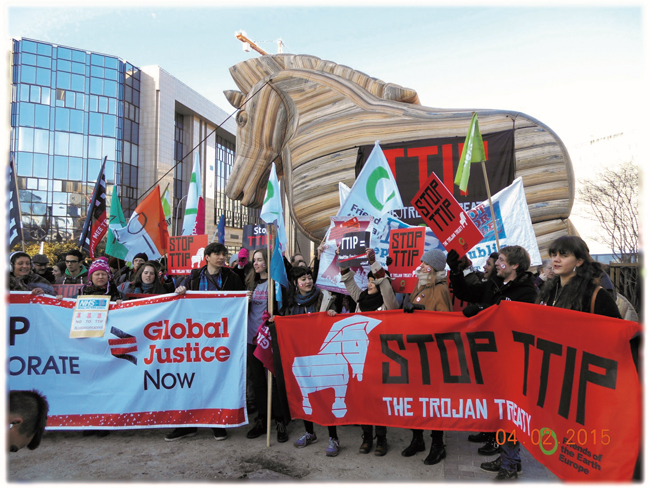 You may, or more likely may not have, heard of a new trade deal currently being negotiated between the EU and the US called TTIP or the Transatlantic trade and investment partnership. A trade deal which if it goes through could severely damage workers rights, environmental protection, health and safety standards, and

help push through privatisation of public services like the NHS.

A brief summary of TTIP is as follows. It is a trade deal which is being negotiated between the US and the EU with the aim of reducing any barriers to trade taking place. One issue is the problem of the different standards that are currently in place on each side of the Atlantic. An example is the use of insecticides; large numbers of products are banned in the EU while America allows their use. Americans are happy to eat hormone reared beef washed in lactic acid and chicken rinsed in chlorine, while Europeans have banned such cost effective methods of food production. This leaves campaigners wondering whose guidelines will be applied and fearing that there will be a general lowering of standards.

However, the biggest concern about TTIP is an element called ISDS. This stands for Investor State Dispute Settlement. Currently about 20% of world trade deals contain this element so there has been the chance to see how it works in practice. It gives corporations the right to challenge national governments over any legislation they might want to introduce. The much quoted example of this is that of the Philip Morris tobacco company, who are taking legal action against the Australian government for legislating that in future all cigarettes must be sold in plain packaging. Philip Morris fears this will reduce their profits. The legal action does not take place in Australian courts but in a separate corporate legal system, using special lawyers who both represent the parties and also form judge and jury. Another impact of the ISDS is that if the NHS was privatised and a future government wanted to put it back in public hands, they could not do so under TTIP without it going to an ISDS court. The private companies with a stake in the NHS could sue for millions in loss of earnings. Effectively this would make a return to public ownership impossible for any government.

In February I represented Global Justice Cleveland and joined eighty other people at St Pancras Station to travel to Brussels for two days to protest against TTIP. We started off with a tour of Brussels, the tour was called ‘Know your enemy’. We were told that there are a staggering 20,000 lobbyists in Brussels representing big business with the aim of influencing EU policy making.

We were told that the TTIP negotiators were due to meet the following day and that the location of their secret meeting had been discovered. We therefore met early in the morning to stand outside what appeared to be an office building. People were arriving to go to work while we held banners and chanted, ‘T.T.I.P. – graveyard of democracy’ and ‘Cecilia Malstrom hear us say – we don’t want TTIP – no way.’

Further protests were held in key locations where the negotiations were taking place across Brussels. We also met Green MEP’s who spoke about TTIP and explained their stance which is that they are completely against it and as a result they are not taking part in the negotiations. They praised us for our campaigning and encouraged us to continue. We later met two Labour MEP’s who sit on the Trade Committee, one of them was our own Jude Kirton-Darling. Unlike the Greens the Labour MEP’s are taking part in negotiations and are trying to argue in favour of a ‘good TTIP’. Some activists were disappointed with this stance, believing that this is a contradiction in terms. In their defence Jude believes that the only way to have an influence is to take part in the debate.

It is good news that awareness of TTIP appears to be growing so larger numbers of MEP’s and MP’s are being lobbied by their constituents. While I was in Brussels I really got the feeling that by uniting across Europe it will be possible to beat TTIP. 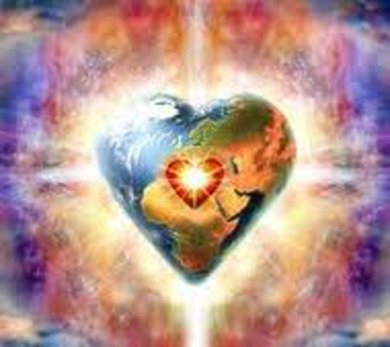 Life on earth consists of over 8 million species, and we are suppose to be one of the most intelligent species among them. Yet not only do we threaten the existence of our own species, we threaten every other species as well. If we carry on along the path we are going it looks like we are heading for extinction.

The environmental spectrum new online radio show is not perfect and neither is it the answer to our problems, but it may help those trying to preserve life on earth and get others to help, as this should be everybody’s responsibility. 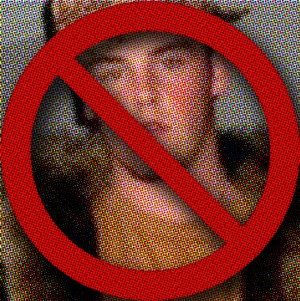 Yes I have got to admit it ……I am a scumbag-ist, and I think you should be too. I just hate scumbags who do horrendous scumbag like things and sadly in today’s world filled with terrorism, war and general unprovoked violence there are plenty of scumbags about.

Unfortunately though in today’s modern age we seem to be slipping back into primitive tribalism, where scumbags do horrible things and we make broad generalisations about everyone who we identify as part of the group of that individual scumbag. Now in ancient times tribalism used to be a very useful survival mechanism to identify enemies who were part of one particular group to avoid or fight, and to identify with your own group for protection. But in today’s complex age of multiculturalism and living in such diverse societies this primitive evolutionary mechanism of tribalism serves no useful purpose.

The hangover of ancient tribalistic thinking forms the basis of racism and ignorance of other cultures and people today. Some of the worst horrors of recent history come from this broad hatred of entire groups of people based on the acts of a tiny few, such as Genocides committed against the Jews by the Nazi’s or the Hutu’s against the Tutsi’s in Rwanda.

It is this same primitive thinking which is causing such hatred against Muslim’s in today’s current climate. Admittedly some Muslims have done some very bad things in recent years, from 9/11 to the beheading of Lee Rigby. But these people were individual scumbags who committed appalling acts. To now label all Muslims or even the majority of Muslims as scumbags as well, makes no logical sense.

As an example of this sheer irrational thinking, we also see in the news that recently there has been a lot of middle aged white men in the entertainment industry who have been found to be scumbag paedophiles. Does this mean we should be worried about the rest of the middle aged white men in the entertainment industry. Should we not just lynch Jeremy Clarkson and Terry Wogan now and protest outside the BBC? Of course not! This would be ridiculous but is the same principle as believing all Muslims are terrorist scumbags.

Just because a selection of people who do very bad things belong to a certain demographic, does not mean the rest of the people in that certain demographic are also liable to do similar very bad things. The only judgement you can make is on the individual and the people who do these awful things are individual scumbags. To label the entire group or demographic they belong to as scumbags is insulting to many thousands or even millions of good people, and is just fuelling further division, distrust and hatred in society.

So let’s unite and be scumbag-ists together and aim our hate at the individuals who deserve it!